How Will The New E10 Petrol Affect Your Garden & Forestry Equipment 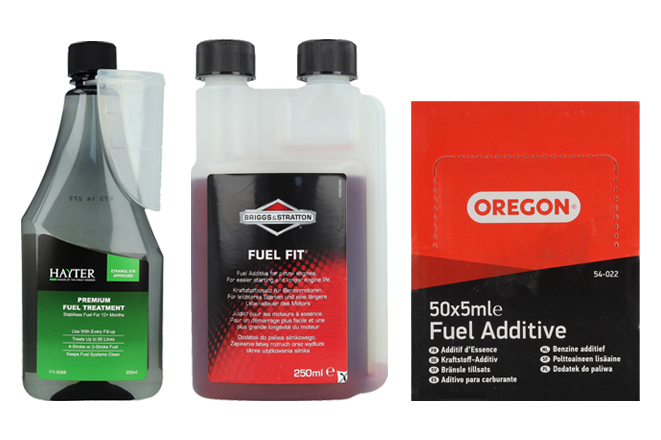 According to www.gov.uk, E10 petrol will become the standard grade in the UK from September 2021. E10 has now replaced E5 as the standard petrol across the UK - but it's not suitable for all vehicles or gardening tools.

E10 can be damaging when stored in equipment between uses

The standard or premium petrol grade in the UK switched to E10, which contains up to 10% renewable ethanol.

What is ethanol and why is it bad for your lawn mower engine?

It is thought that the petrol could be more corrosive for lawnmowers than cars, because people often leave garden machinery sitting around in between uses.
Even if your mower is listed as ‘E10 compatible’, it might not be safe from winter fuel storage problems.

Petrol with an ethanol content of more than 10% can cause running problems in engines with a manually adjustable carburettor so should not be used in such engines. It may also be necessary to readjust the carburettor to compensate for the changed composition of the fuel.
It's also not the ideal fuel to power your petrol lawnmower.
Ethanol causes corrosion to fuel components (including plastics, rubber, fibreglass and even some metal items) and attracts water. It can block your capillaries in your carburettor causing all sorts of engine issues. It's corrosive properties can erode your engine away."

Leading manufacturers like Honda, don't recommend using E10 even though it says its mower engines are E10-compatible. Briggs & Stratton says E10 is acceptable but does recommend running with fuel additives.

But if your power equipment isn’t certified to run on E10 then never use it. You should continue to use regular unleaded fuel, even if it is slightly more expensive than E10.
In fact, some STIHL M-Tronic engines can still deliver full power when run using petrol with an ethanol content of up to 25% (E25) please follow your hand book for storage information.

You can user super unleaded fuel from forecourts which contains 5% ethanol (keep an eye on this not all are the same).

If not we recommend a fuel called Aspen or Stihl MotoMix. Aspen contains no ethanol, will stay fresh for up to 5 years, emits 99% less toxic emissions and ultimately prolongs machinery life. Stihl MotoMix is completely free from ethanol and has virtually no olefins or aromatic compounds. Emission-wise, this makes it a cleaner, more environmentally-friendly choice than regular fuels, plus it lasts longer.

These can be bought from your local Garden dealer.

We also recommend that you store E10 fuel for no longer than 30 days in order to minimize the degree of fuel segregation. This is where the moisture in the air binds with the ethanol and settles on the bottom of the canister. This can cause running problems and shaking the container does not completely resolve fuel segregation.

We do not class damage by E10 or higher fuel as warranty please see our Terms & Conditions page.

Search engine powered by ElasticSuite
© 2021 Garden Hire Spares Ltd are suppliers of high quality replacement spare parts. Unless otherwise stated, all spare parts are non original and will be supplied as such. Manufacturers parts numbers are for reference only. Company No. 5848313...  eCommerce by Ayko